The start of our Coaster Summer Tour 2021 took place in Legoland Billund. Despite corona regulations, we were able to experience a carefree day in this very child-friendly park.

Since we visited the park on a Monday, we only had to share it with a few other visitors. We quickly found a suitable parking space with our mobile home in the parking lot.

The organization at the entrance was perfect! First check the corona test certificates, then scan the ticket. It always makes sense to book the tickets online before visiting. You don't have to stand in a long queue and usually there is also a few percent discount.

In the park, we first threw ourselves on the RollerCoaster. (First the counts and then the fun ...) With the kite run, which is strictly speaking not a real RollerCoaster, we did two laps. We could just stay seated. We love coaster buddies like that!

After this trip we spotted the next rails. And this time it's a real coaster. With a friction wheel drive, you can quickly climb the top head of the "Flying Eagle". A Zieret Force from 2018. It's really fun! There was already more going on on this track. Nevertheless, we had to drive again immediately.

Then we got lost in the park. Only the park plan could help with orientation. Our goal was the 2 remaining coasters.

The Polar X-Press is more our caliber. Also built by Zierer, the track is quite short with a total length of almost 500m. But the train has a surprise in store for us. After about 2/3 of the way the train stops suddenly in an "ice cave". A gate is closed behind the railway and the entire train “falls” with us into the depths. Only briefly and not too far. Still with a great kick in the pit of the stomach. The train should be a little longer, because when the Legoland is well attended, the train with 850 people per hour does not drive that many guests away. And if you can easily wait an hour for the relatively short distance, then it's not really fun. For us coaster buddies, this track is the highlight of the park. But she doesn't make it into Tip Ten. It is too short and too simple for that.

During one of our repetitions, one of the ride-ops spoke to us: “You absolutely have to go to the newest attraction in 2021: Emmets Flight” The monstrous building has already caught our eye. I can already guess what that could be: a flying theater. And bingo! - It really is such a flying theater. I know that from Europapark. I also really liked the technology there. Here in Legoland the whole thing can be found in the Lego Movie Parkteil and thus you meet the characters from the Lego Movie again. Of course, only Danish is spoken here, but a story is overrated in such a theater anyway. You sit with about 10 people in a row. Then this row moves into a hall with a curved and oversized screen. A flight simulation is then played on this screen. The row of seats moves according to the flight maneuvers. You have to experience it, because such a flying theater has nothing in common with the well-known simulators that you know from the fair. No, you really have the feeling of flying here. Wind and fog machines amplify the effect even more. Cool ride. But even here I suspect long waiting times when the park is very full. With the few visitors we had to wait a good 20 minutes for our flight to take off. Nevertheless, a visit to Legoland in Billund is worthwhile for this ride alone.

Now only the wild mouse clone "X-Treme Cars" is missing. As unspectacular as well known as all these tracks. Only the cars in the look of Lego technology can convince. One trip has to be enough for us.

We then took a short lunch break. Prepared food in Denmark is never cheap and, of course, not twice in a theme park. But the fish & chips were very freshly prepared and of a high standard.

Now we're exploring the rest of the park and especially the water rides and the dark ride. Great trains that you should always take with you when you visit. But mostly offer normal food.

A Lego highlight for a Lego fan like me is of course Miniland. Various cities and special buildings made of Lego have been recreated here. Most of these buildings are also quite old. And you can see that quite clearly with some of them. Others are in good shape. But I'm particularly happy about details such as a really functioning lock, which a ship then enters and leaves again. But we are already quite full of impressions, so we just stroll through this area.

Finally we visit the 4D cinema. Here 3 changing 3D films are shown. The 4th dimension is just a wind machine and some splashed water. The film from the Lego City world can convince us. Great effects and even a little story. But Lego is very good at funny films!

We will experience the last surprise in the Atlantis attraction! In cooperation with Sea Life, a very large aquarium has been set up here in which all kinds of sea creatures cavort. We can see sharks, rays and other remarkable animals here. And the tunnel right through the pool is the absolute highlight. When such a 2 m manta ray glides over your head, it looks very sublime. That was a great experience to top it off.

All in all, the first day of our coaster tour in the most beautiful sunshine was a good start. But as a conclusion there are some negative points of criticism that I would like to briefly outline here:

It's a Lego Park, isn't it? I think that there is far too little "played" with current Lego topics. They can prove that they can do this in the brand new “Lego Movie” part of the park. Here, 1 m tall Lego figures from the Lego Movies are set up at the edge of the path and these, as well as the entire backdrop, draw me into this world. Unfortunately not the rest of the park! Of course, a figure made of Lego appears here and there, but it doesn't work any magic. The park would have so much potential. The park is of course great for children. But Lego also wants to appeal more and more to adults. A lot should be invested here. The entrance fee is then also really steep at 50 euros. Europapark and Phantasialand have comparable prices here. But these have worlds that you want to immerse yourself in directly. And all without Lego figures. From my point of view, the entrance fee is only worth 30 to 35 euros. For more Euronen entrance fee, the park would have to invest in more unusual, innovative attractions and / or nicer worlds of experience.

And then a word about the Lego Shop: This is probably the most uninspired Lego store I've ever been to. Huge area but I had absolutely no desire to spend even one euro on the overpriced Lego sets. Not a single model was built here. The Lego building block wall, where you can assemble your own building blocks, was so small that we had to look for it. No Lego! In your Home Park, at your headquarters, just a few meters from the Lego House (Home of the Brick), I can expect a lot more for my hard-earned money. I can also order sets online for the same money. As a Lego fanboy paying admission, I expect that my feet will be kissed and that I will be happy about every euro I spend. So I enjoy spending my money on your products. Instead, I feel like a milked cow here. Nope! You can do better. The Lego store in Berlin is a good example!

Back to the park: If families can redeem discount stamps, then Legoland alone with its Miniland is certainly a great experience for the whole family. Nevertheless, I would advise every family who is interested in creativity with Lego blocks to spend a day in the nearby Lego House. Here you can get creative with the modules on a wide variety of topics to your heart's content. The amusement park, on the other hand, does not really take up its own potential. But we still had fun. 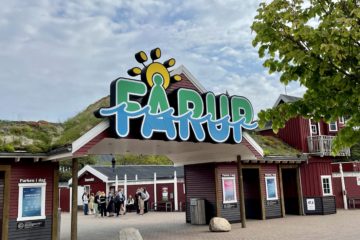 Sometimes I wonder if I'm not expecting too much from a park. The Djurs Sommerland, which I was looking forward to, ultimately disappointed me. And both our anticipation for Fårup Sommerland, Read more... 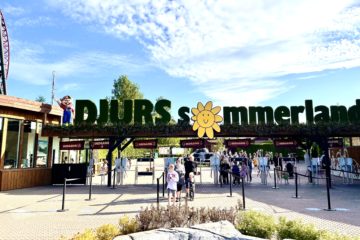 Actually, I should have noticed right away: If a park is only open on the weekend, but also opens its doors on a Wednesday, then that can only mean that rulers of buses are schoolgirls Read more... 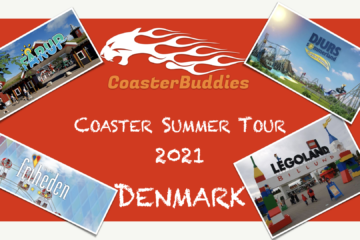 Usually I like to do coaster tours in the off-season through amusement parks. So in May and September. Then the parks are usually not that crowded. In times of the pandemic, however, the Read more...